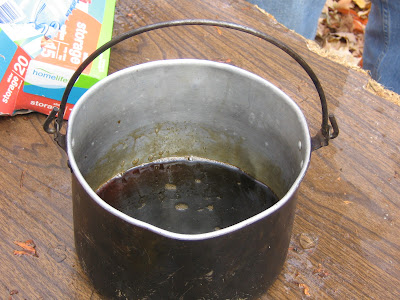 (sassafras syrup)
Autumn in New England is undeniably bittersweet. It's the in your face demonstration of transformation. And we all know that when we watch something dramatic or intimate occurring, we can't help but experience it ourselves. The leaves fall again, as they do every year, yet somehow it never feels less. Considering how intrinsic a part of Nature we are, it isn't surprising that we feel the pull, like a seasonal gravity. 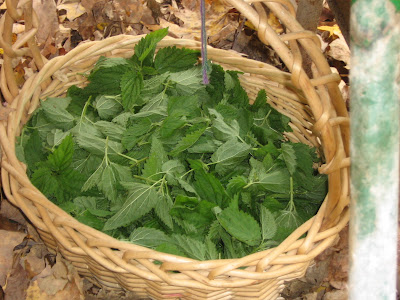 In fact, I'd go as far as to say fall in New England is a cult. People come back here after living afar, just for the fall. People scurry like frantic squirrels, hoarding apples, pumpkins, mums, and corn decorations. Leaf piles are as much of a requirement as a holiday. The crisp air with warm afternoons lend itself perfectly to the trend of quintessential sweaters, which you can watch like a catwalk show if you get to a farm market on a Sunday morning. 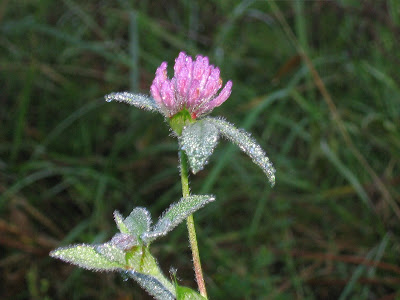 Folks discuss their fall plans, their food menus, their busy work schedules, and their travel experiences. It's weird how many people have travelled so much nowadays. The juxtaposition of old town folks and new corporate families has created a language divide, making directions confusing and history thwarted. Everything has two names.... the "Berry Farm" is now Settlers Park, and so on. Locals have taken stock in our place so much as to create a Southburyopoly game. Good for them. 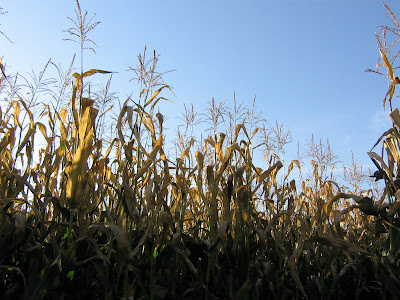 Of course, it isn't too long before they are hook line and sinker in love with the land. The sweet Earth smells, the apple pies, the old world farms and the new world extreme affluence. It's tempting and romantic. And hard. And no one is as hooked on the virtue of hard work as Connecticut and New York. I'm not sure it's gotten us anywhere closer to ourselves, but gosh darnet it's gotten us closer to being worthy. (yes that was sarcasm) 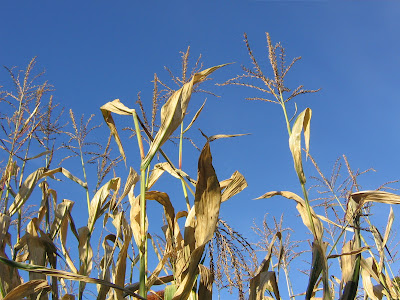 The corn maize is another great tradition. If you've ever gotten lost in a corn field, you know what a crazy thing it is. Obviously there is no path like the mazes created for us - they are just miles of bewildering unison. The only way to get out is to hope you are paying attention to the sun, and it's not night time. Each time I enter one of these mazes I have mixed emotions. They are so beautiful, with their golden tassels and claw footed roots, and finding your way through is really fun. But I also think of my dear childhood friend back in Iowa (the King state of corn fields) who's older brother, bless his heart, had taken some kind of drugs, wandered off into a corn field, and got lost. He was missing for several heart wrenching weeks. Finally his body was discovered by the farmer, while reaping his crop. It was the saddest thing I'd seen yet, at the tender age of 14. His mom was the apple queen of the town, and perhaps her days spent peeling apples on the back porch became her closest ally. 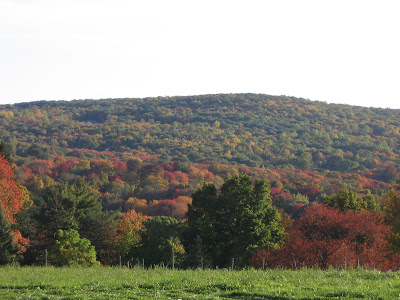 For me, the fall means deadline. Get the warm clothes set up, the wood stacked, the chairs and cushions in, and hope you got all the herbs you needed. Dig up the roots before the soil is too hard, and think ahead. It means 'get ready'. For cold, snow, holidays, and mostly anything that feels like hardship - or really is. So far we've replaced an entire door system and our well pump which broke. I'm stamping 'done' on my quota sheet.
Now don't get me wrong. I'm all for hard work. But I'm also for reward. I'm all for sleeping late on Sunday morning, stopping for the last of the organic dark plums, giving handmade earrings just because, and looking others in the eyes for the simple love of exchange. I'm all for adoring the gnarled hands of elders, and stopping to investigate a tree. In New England, rewards come cheap - because they are often store bought with the approval of a brand name tag. But the dying breed of us who like to spend the time to hand make one special thing, have a sweetness beyond trend.
Posted by Ananda at 7:35 AM 3 comments:

Email ThisBlogThis!Share to TwitterShare to FacebookShare to Pinterest
Labels: Autumn 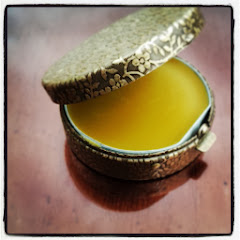